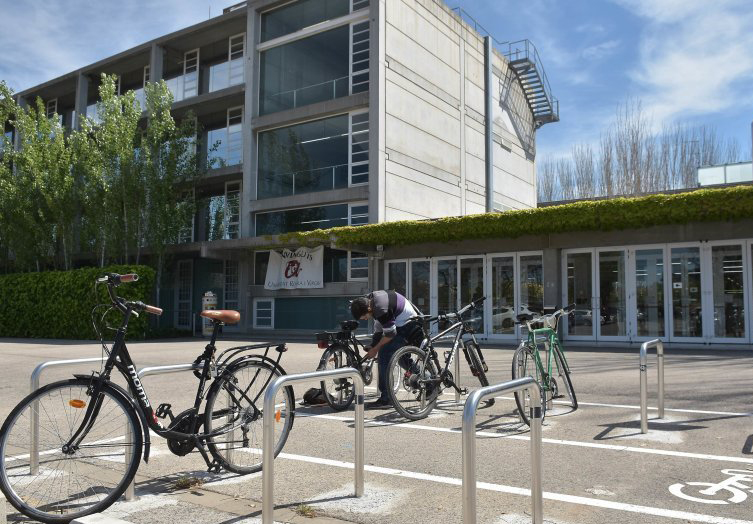 The school is located in the University Campus Bellissens in the city of Reus, approximately 100 km from Barcelona. The campus is well communicated with these referential cities of, both by train and bus; as well as the Reus Airport that is only 5km from the campus and the TGV station of the Camp of Tarragona, 13Km from Reus which connects Madrid with Zaragoza, Lleida, Barcelona and Paris.

The building is the result of a preliminary competition that was awarded to the architects Franc Fernández and Carles Teixidor that "subsequently" completed the design development and construction documents. Construction work was completed in 2011 and in 2011-12 the temporary facilities were moved to the current building.

The building consists of three floors and its functional organization is based on three separate blocks with two interior courtyards. On the ground floor, you can find the general lobby and the model workshop, the exhibition hall, classrooms, workshops and the assembly hall. On the first floor, you have the study hall, the research and transfer workshops and the computer room. On the second floor, there are the central administrative services of the centre and departments as well as faculty offices, theory classrooms and the rest urban planning and design workshops. And finally, on the third floor, there are faculty lecture rooms and offices and the rest urban planning and design workshops.